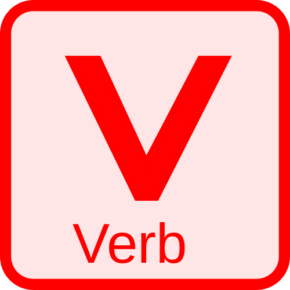 A single strong word is always better than several weaker ones. Instead of writing:

Specific words are strong because they help build a vivid picture in the reader’s mind.

Think of the difference between slurp and drink, or strut and walk.

You never want to exaggerate – but if someone slurps or struts, then say so. It’s far better than writing: drinks loudly and messily or walks in a cocky manner.

Get an eyeful of the action at the outdoor cinema.

Watch the action at the outdoor cinema.

Whoever wrote Get an eyeful was probably trying to be creative – but it doesn’t improve the writing. It simply makes it longer.

Now, if you come up with a turn of phrase that’s genuinely inspired – ie it makes the reader see things in a different way, or laugh out loud, or evokes a strong image – then by all means use it. If not, however, then you’re better off using a simple verb that says exactly what it needs to.

If the word not appears in the middle of a verb phrase, then think about whether you can say the same thing in less words.

For example, instead of writing:

Dan did not keep walking.

Good communication is ultimately about clarity and word choice – and choosing the right verb is crucial.

previousHow to show, don’t tell by selling both the sizzle and the steak
nextTop 6 writing tips for content marketing